Mark Lalli served in the United States Army from 2004 to 2010. He was proud to serve, even though it almost killed him. “Traumatic brain injury. I lost count. About 25 broken bones,” he said. “I never thought this could be possible again.”

Lalli is lifted out of his wheelchair by a mechanical device that transfers him to a saddle. It’s Tuesday morning, which means his horse, Sonic, is ready for a therapy lesson.

“Oh, it’s the most relaxing thing I do all week,” he said.

Dealing with the stress associated with his accident are easier now that he’s on top of a horse. At Quantum Leap Farm, therapy rides are helping veterans, children and adults deal with a variety of issues.

“One of the things about the horses is that they accept you fat, skinny, ugly, pretty, rich, poor, black, white,” said Quantum Leap founder and executive director, Edie Dopking. “They don’t have those same limitations that humans have.”

That’s why Lalli loves this time. He takes Sonic for a spin around the ring and around obstacles. It’s a place where he finds peace.

“I’ve heard him talk about before he was here that he didn’t have much purpose and coming here he’s totally changed his life,” said Sarah Page, who works at the farm. “Quantum is a magical place. I think when you get here you can tell that everybody who is here wants to be here.”

Lalli met his wife at the farm and spends a lot of his time there. He volunteers as a photographer. It’s a place that changed his life. 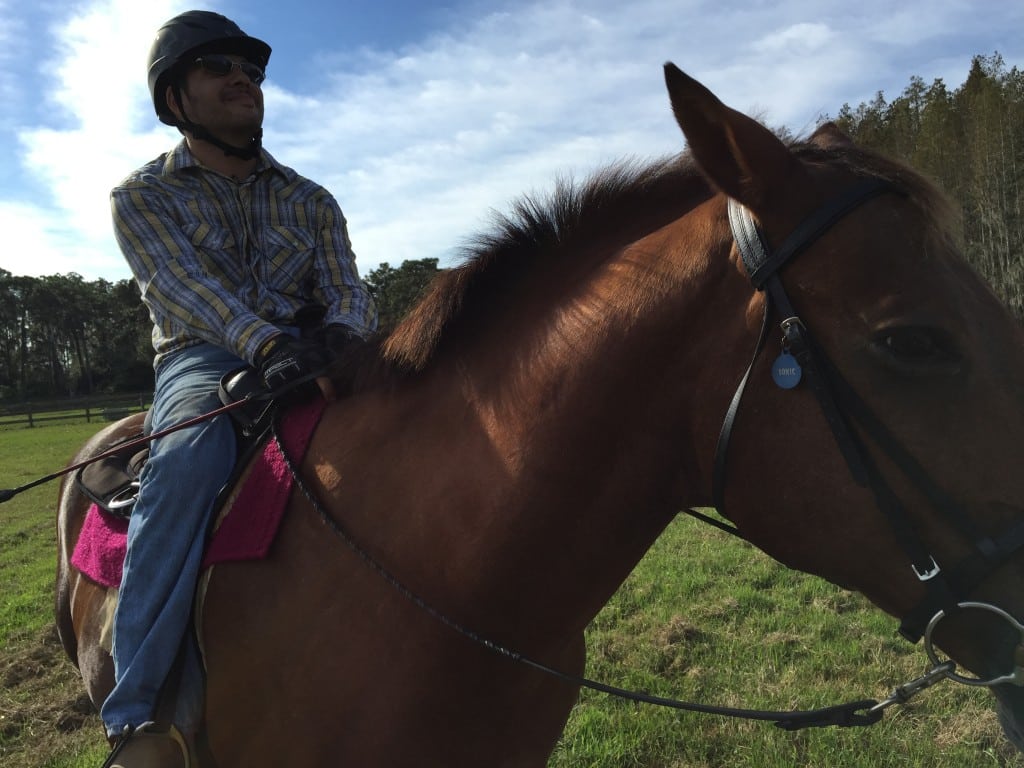