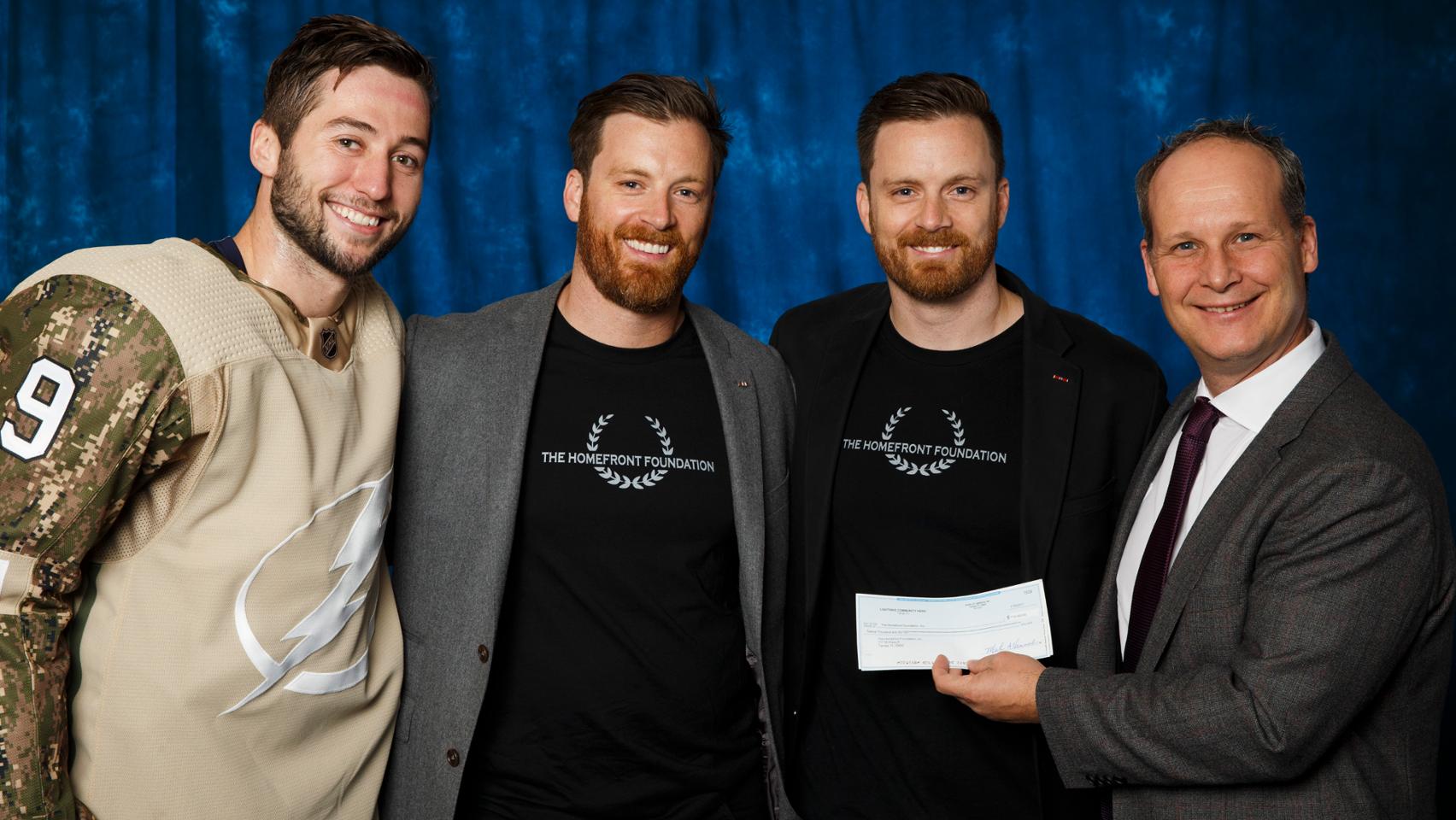 Mark and Matthew are twin brothers and U.S Navy, Afghanistan War Veterans. When they came back to the States after their deployment, they felt uneasy and found themselves disconnected from their loved ones. Fortunately, while Matthew was in graduate school he was introduced to leadership through storytelling for business. When encouraged to share his story in a meaningful way, he found himself reconnecting and seeing value in his service. After seeing the change in his brother, Mark also found he was able to make meaning of his experiences through storytelling. By sharing these stories, they are starting real conversations, breaking down emotional walls and strengthening relationships.

Since separating from active duty, they have focused on bringing the skills of storytelling to veterans, service members and our first responders. To further this initiative, Mark and Matthew founded The Homefront Foundation, which offers these brave men and women the tools to share their stories in order to rebuild relationships and re-integrate into the community. The Homefront has facilitated 15 workshops where they have coached and listened to over 250 service members, and collaborated with over 10 veterans service organizations. The Foundation has also hosted storytelling workshops at Quantum Leap Farm, where they will take part in seven therapeutic retreats for veterans and military service members over the next year.

The Fetterman’s become the 281st Lightning Community Heroes since Jeff and Penny Vinik introduced the Lightning Community Hero program in 2011-12 with a $10 million, five-season commitment to the Tampa Bay community. Through this evening’s game, in total, the Lightning Foundation has granted $14.15 million to more than 300 different non-profits in the Greater Tampa Bay area. During the summer of 2016, the Vinik’s announced that the community hero program will give away another $10-million over the next five seasons.