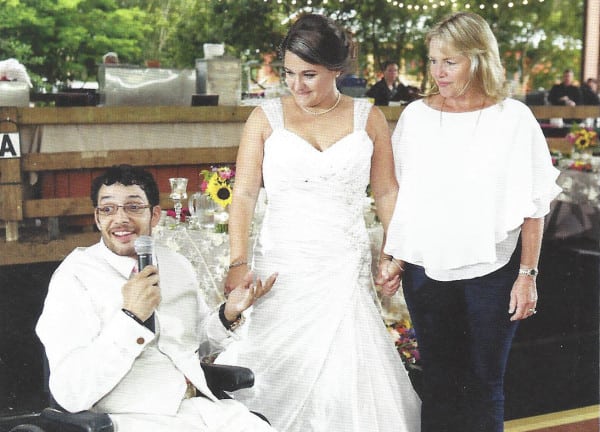 Mark Lalli had pretty much given up on life.

He spent two years in hospitals. By the time he came to Tampa for rehabilitation at James Haley Veterans’ Hospital, Lalli had lost all interest in engaging with the outside world. He spent most days in his darkened apartment, watching TV and eating junk food.

A chance visit to Quantum Leap Farm, run by a scientist with a passion for the healing power of horses, became his first step toward recovery. Edie Ebbert Dopking’s much-lauded therapeutic horseback riding program eventually restored the young man’s confidence; it gave him his life back, he says. Now 29, Lalli works as a Quantum Leap volunteer, serves on the farm’s board of directors, and is the brand-new husband of a fellow volunteer.

“She’s my angel sent from heaven,” he says. “For having that vision, and putting her heart and soul into the place, she’s changed my world. And I know she’s done it for so many others.”

Dopking, 55, grew up around horses and got her first at age 11. “Our vet said he was old enough to vote,” she says, laughing.

Though she would eventually become an accomplished equestrian, she thought horses would always be just a hobby. Instead, the self-described science nerd pursued a career in nuclear medicine, becoming a pioneering magnetic resonance imaging (MRI) specialist in the mid-1980s. She co-founded one of the Tampa Bay area’s first MRI centers, which sold in just a few years, leaving her with some unexpected extra time and money.

The time went to logging more volunteer hours at Tampa’s Bakas Equestrian Center, a therapeutic horseback riding program for disabled children. The money helped buy 10 acres in rural Odessa, near Tampa, where Dopking created a boarding co-op for her own three horses and those of a few friends.

In 1996, she went back to school to finish her undergraduate degree in human development at Eckerd College, reviving her love of learning. Then she heard about a terminal research program at USF, where select students can bypass a master’s and go straight into a doctoral program with just a bachelor’s and a hefty resume. She jumped.

At 38, Dopking was older than most of her classmates in the Aging Studies PhD program, but that was an advantage, says Larry Schonfeld, a professor at USF’ s Florida Mental Health Institute and chair of Dopking’s dissertation committee.

“Edie didn’t need a lot of mentoring,” he recalls. “She brought a passion and a sense of purpose on how to apply what she was learning into something useful.”

Her experience at Bakas led Dopking to investigate the physical and psychosocial benefits of therapeutic horseback riding for disabled adults for her dissertation research. That also planted the seed for launching her own equine therapy nonprofit. She traveled the country visiting programs and borrowing their best ideas.

In 2000, with a few horse friends and a handful of students, she launched Quantum Leap.

Oh, yes, and there was the matter of finishing her PhD, which she did in 2003.

Quantum Leap now operates on 20 acres, half donated by Dopking and halfleased. In 2014, it served 1,500 clients ages 18 months to 92 years, ranging from kids with cancer to disabled veterans.

Services are varied. They include therapeutic riding or carriage-driving lessons to improve muscle strength, balance and self-confidence as clients learn horsemanship skills. At EASE sessions address psychosocial needs; physical therapy focuses on improving mobility using the horse as a tool, and kinesthetic therapy, for people with new or unstable injuries, may include any of the above.

Sixty percent of Quantum Leap clients are active-duty or retired military service members and their families. More than 600 volunteers help keep down expenses, which nonetheless run high; nobody gets turned away because of an inability to pay.

The annual budget of $850,000 is overseen by a 25-person board. Money comes from donations, fundraisers, sponsorships, grants and the occasional windfall, including $50,000 awards Dopking and Lalli each received when the Tampa Bay Lightning hockey team separately named them Community Heroes. Both gave their awards to the farm. The operation also gets a boost from Dopking’s bond-trader husband, Al, who provides his financial acumen gratis.

“I watch a brain-injured child get on a horse for the first time, and I see pure joy on his face,” says Jackie Martino, who donates her labor twice a week. “And I look across the ring and see that same joy on [the] Mom’s face. What happens here is magical. And it all begins with Edie.” 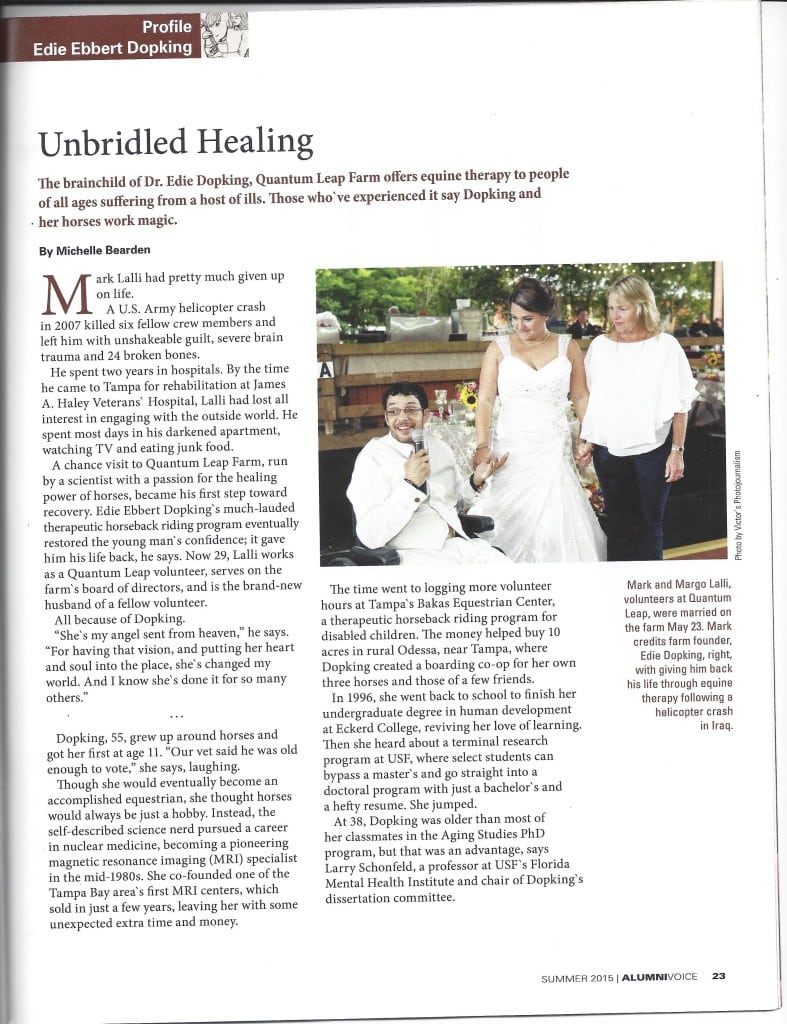 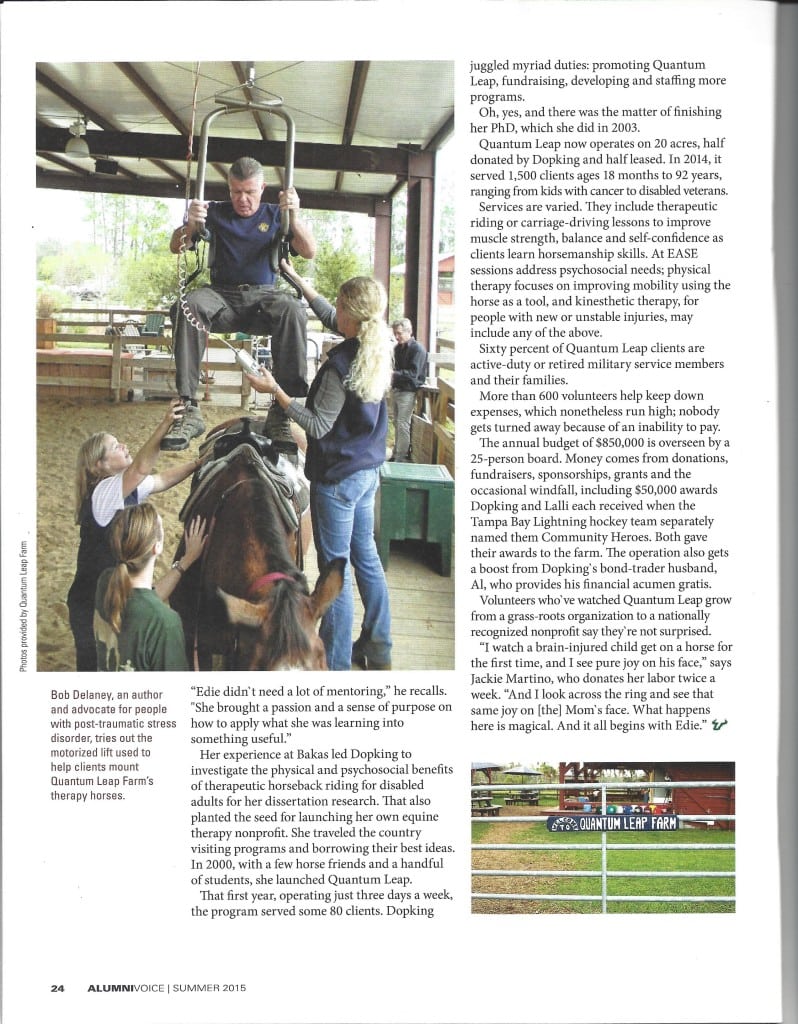