Edie Ebbert Dopking, our Founder and Executive Director started Quantum Leap Farm in 2000 after she began investigating the physical and psychosocial benefits of therapeutic horseback riding for disabled adults for her dissertation research. She earned her PhD in Aging Studies Research at the University of South Florida in 2003, her BS in Human Development at Eckerd College in 1998, and an AS in Nuclear Medicine Technology at Hillsborough Community College in 1983. Edie also holds a variety of certifications including a certificate in Nonprofit Leadership and Management from the Nonprofit Management Assistance Program of Tampa in 2002, another from the Certified Horsemanship Association (CHA) as a Certified Riding Instructor in 2003, and an Equine Professional certification from the Equine Assisted Growth and Learning Association (EAGALA) in 2009. Currently Edie is attending a year-long CEO Leadership Program provided by the Community Foundation of Tampa Bay and the Nonprofit Leadership Center. 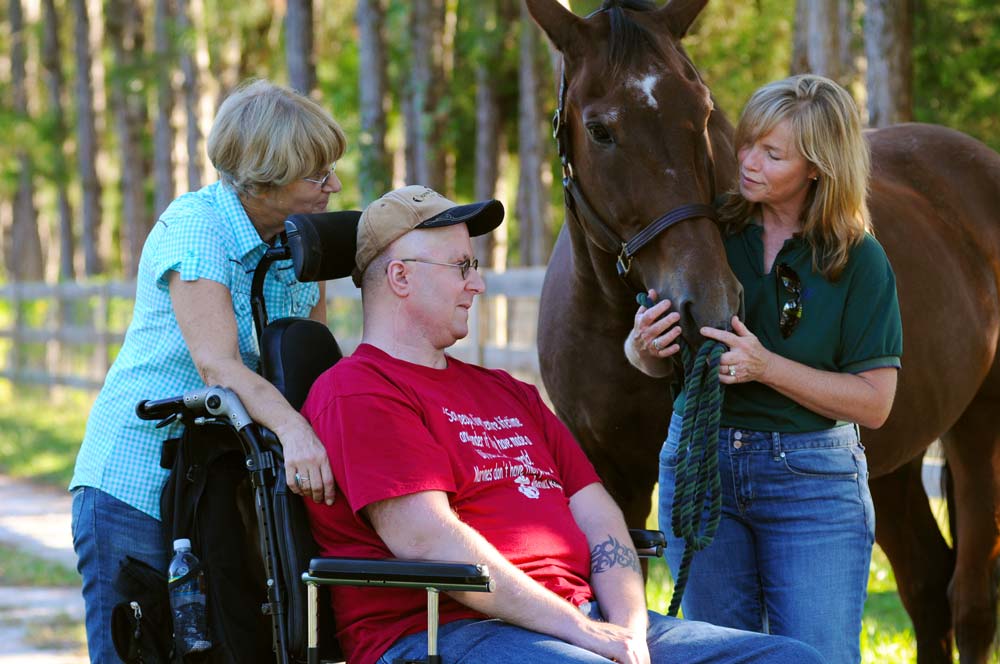 A lover of horses and horsemanship since she was a child, Edie has an extensive equestrian background. She’s been a horse owner over 40 years and has competed in dressage, hunter/jumper, and combined training events. Edie regularly attends horsemanship clinics and studies with local equine professionals to continue her growth as a horseman. Her earlier years spent working in Diagnostic Imaging ignited her interest in the field of Aging and Human Development. Edie knew opening Quantum Leap Farm would be an exciting and fun way to marry her passions for horses and people. More significantly she says, “Quantum Leap Farm provides an opportunity for people with physical, cognitive and emotional disabilities and their family members to embark on a journey of self-discovery, personal growth, and family and community re-integration through horsemanship.”

eWomenNetwork’s Innovative Female Entrepreneur of the Year Award in 2011.